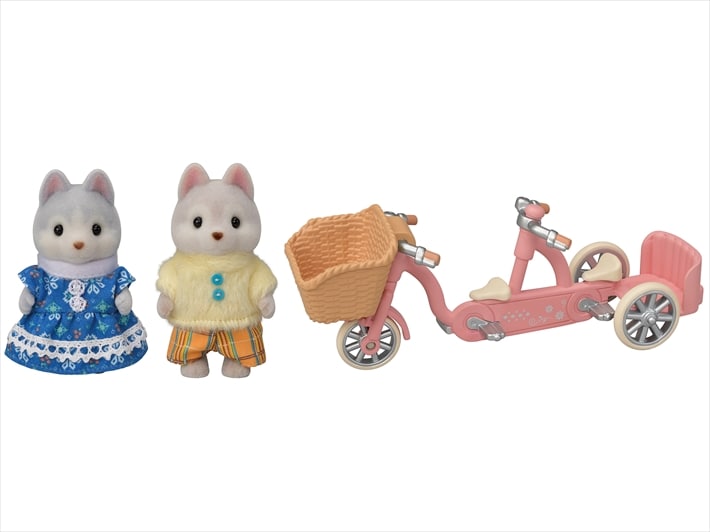 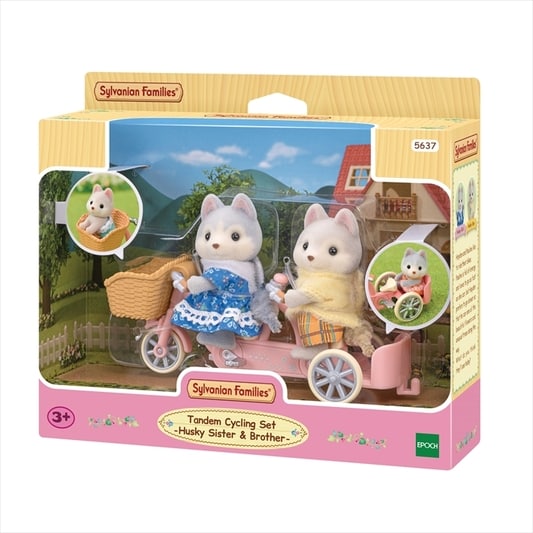 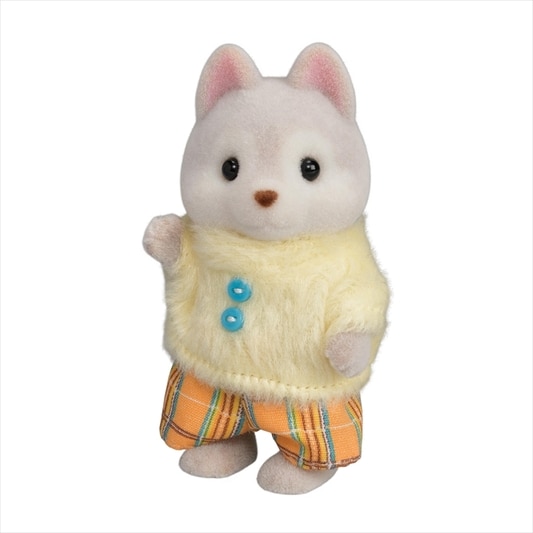 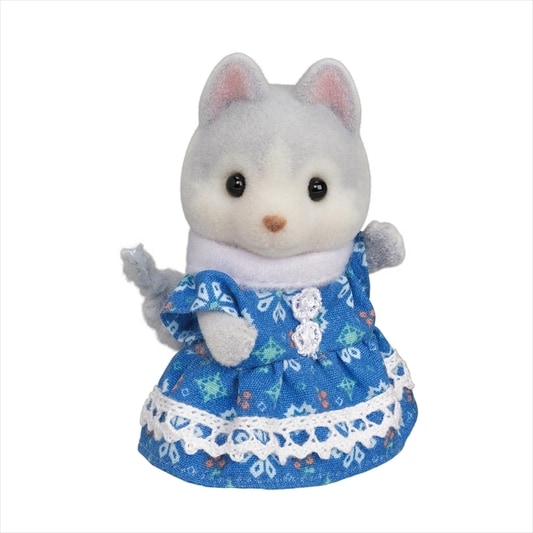 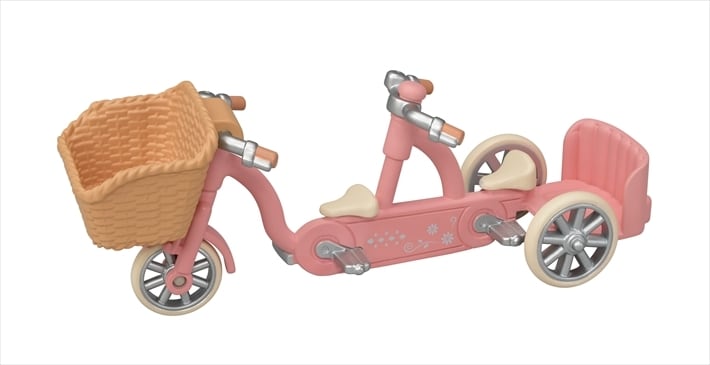 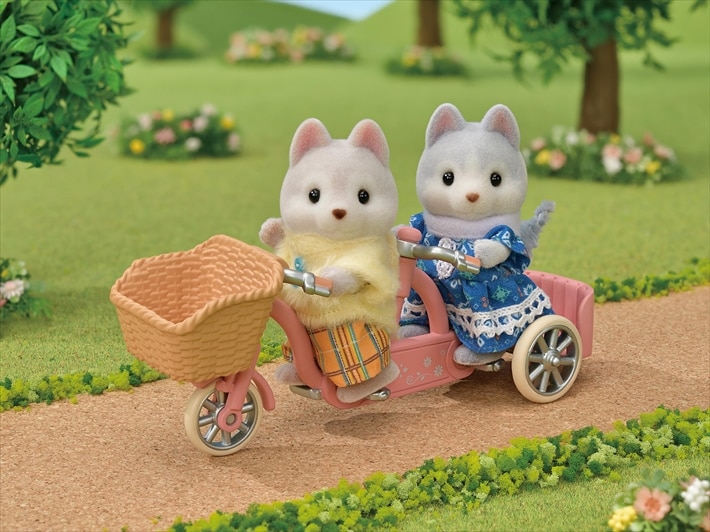 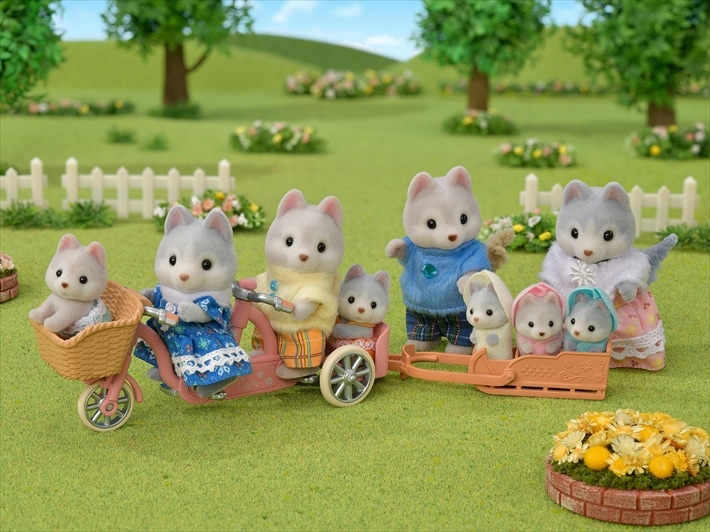 ・The Husky Brother & Sister Tandem Cycle set contains Husky girl Pauline and Husky boy Hayden, with a tandem bicycle.
・A baby figure can ride in both the front basket and back seat, so there's room for up to four to ride the tandem at once.
・This set includes figures and an accessory and can be played with on its own.
・The grey-furred Husky girl, Pauline, loves to feel the wind on her face as she sleighs and cycles as fast as she can. She'd probably go too fast if it wasn't for Hayden, her brown-furred older brother. He's the calmer of the two, and does his best to keep his sister out of trouble. Together, they make a great team.

Combine with the Husky Family and Husky twin figures (both sold separately) for fun with the whole Husky family!

The tandem bicycle can be connected to the sleigh from the Husky Family set (sold separately).

Or combine with other houses and furniture (sold separately) for even more fun imaginative playtime!