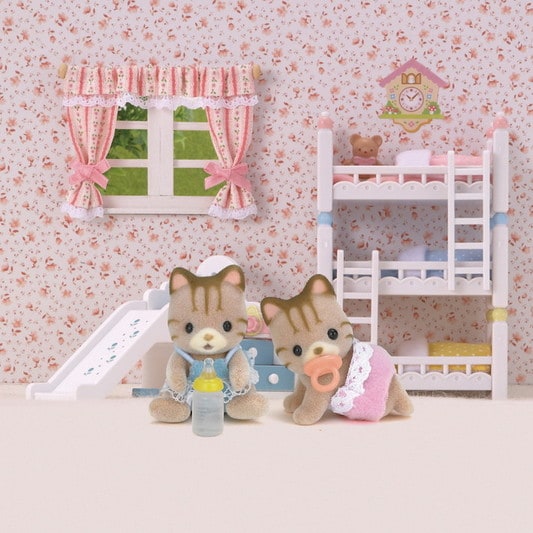 Scott is very active. Even when he's riding in his stroller, he leans forward and wiggles his arms and legs. He loves the fluffy ears the rabbit families have, so his mother Amelia made him a straw hat with long ears. It's his favourite thing!

Skyler is a friendly girl who smiles and waves at people she meets on the street. Her mother Amelia made her a straw hat with long ears like a rabbit. Skyler likes it so much that she insists on wearing it even in the house.