The Secret of the Gelato Shop

One day, Stella the Chocolate Rabbit older sister heard some wonderful talk around the town.

She heard that if you went to the gelato shop and ate the caramel gelato with the mint gelato, your dream would come true! 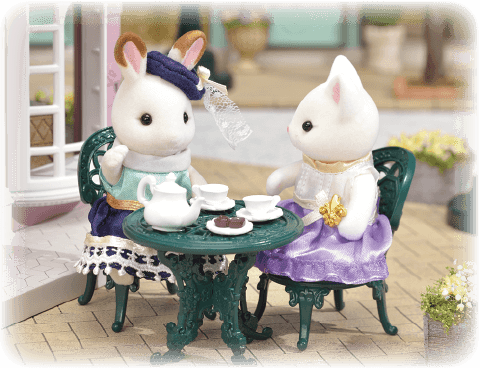 It so happened that Stella had a dream that she really wanted to come true.
So she went to the gelato shop as soon as she could.
But when she got there, the caramel gelato and the mint gelato were all gone! 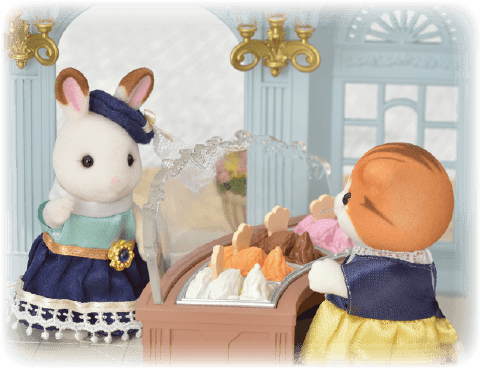 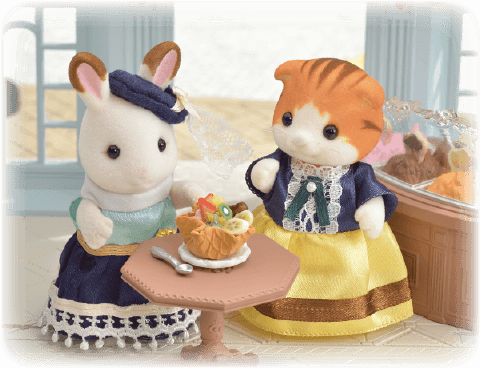 “You see, I have a fashion show coming up soon”, she said. “I’m going to be showing my new dresses there. I really want it to go well, so I came to get some of the gelato that makes your dream come true. But it looks like everyone else already had the same idea.”
Mrs. Maple smiled and got busy making some gelato just for Stella. She even added some beautiful decorations.

“This some special gelato”, she said. “If you eat it, your dream will come true – no matter what it is.” 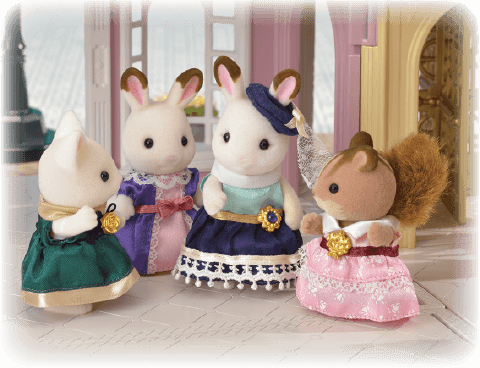 Stella happily ate her gelato.
The delicious gelato made her feel much better.
After that, Stella came up with one design after another for her new dresses. The gelato seemed to be working!
The fashion show came and went…and it was a big success!
Stella’s beautiful dresses were the talk of the town.

“It’s all thanks to Mrs. Maple’s gelato”, she thought. 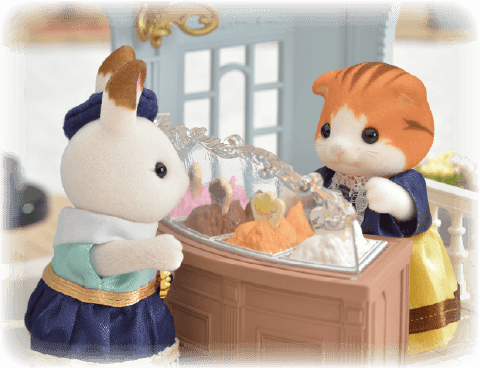 The day after the fashion show, Stella went to the gelato shop to thank Mrs. Maple.

But when she did, Mrs. Maple just chuckled.
“That was just ordinary gelato”, she explained. “I just told you that it was magic so you would believe you could do it. It wasn’t the gelato that made your show such a success…it was you!”

Now Stella understood.
“But if you hadn’t given me that gelato, I wouldn’t have believed in myself so much”, she said. “Thank you so much, Mrs. Maple!” 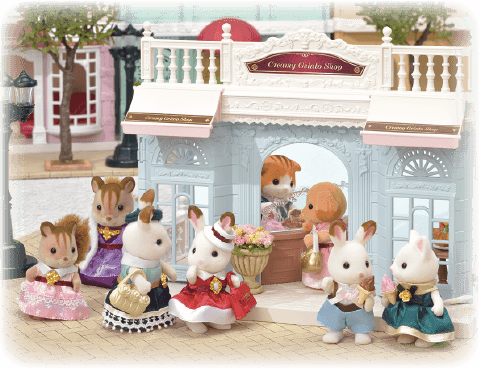 Stella told all her friends. “Mrs. Maple’s gelato made my dream come true!” she said happily.

The news spread through the town, and soon Mrs. Maple’s gelato shop was filled with customers who all wanted to make their dreams come true too.