Theodore Maple the Maple Cat father was very good at giving directions.
“Where can you see flowers growing at the beginning of spring?” one villager would ask.
“Where can I buy a good book?” another would ask.
And Theodore could always tell them exactly where to go and how to get there. 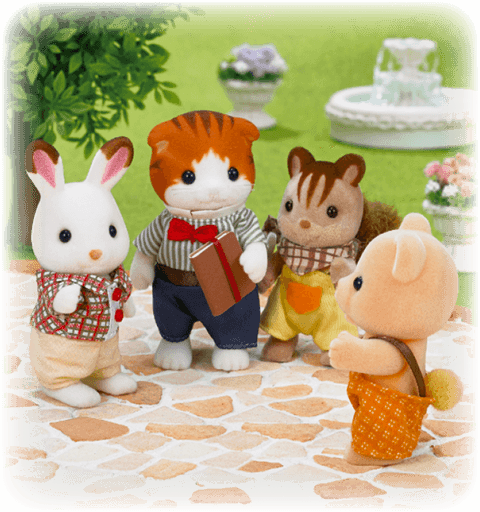 He had all the places written in a little notebook, and he always took it out and looked at it. The children were very curious about the notebook.
“What’s in it, Mr. Maple?” they would ask.
But Theodore would just smile and reply “It’s a secret.” 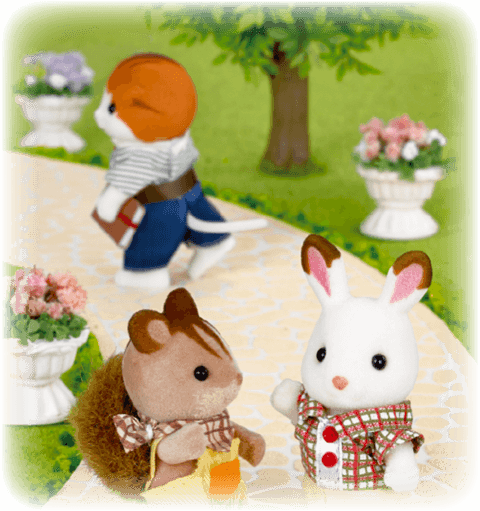 Coco the Chocolate Rabbit boy and Ralph the Walnut Squirrel boy were especially curious.
“It probably has a secret about how to find places”, Ralph said. Coco agreed.
One day, they decided to follow Theodore when he went for a walk. Theodore walked and walked, unaware of the children following him. 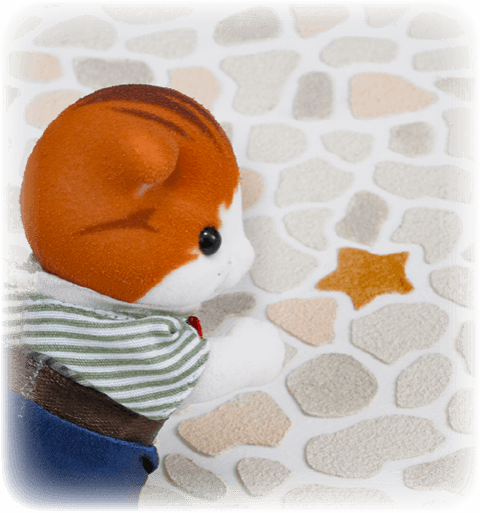 All of a sudden, he spotted a paving stone. “A star shaped stone”, he wrote in his notebook. “I’ve never seen that before.”
When he got to the park, he took out his notebook again.
“Some unusual flowers have started growing here”, he wrote.

Theodore wandered here and there, looking like he was having a very good time indeed.
As the two children watched him, they finally understood.
“Mr. Maple goes for walks”, Ralph realised, “and when he sees something interesting, he writes it in his notebook.”
“Could you take us on your walks with you, Mr. Maple?” asked Coco.
Theodore jumped when he realised the children were there. But he was very happy that they were so interested.
“All right”, he said. 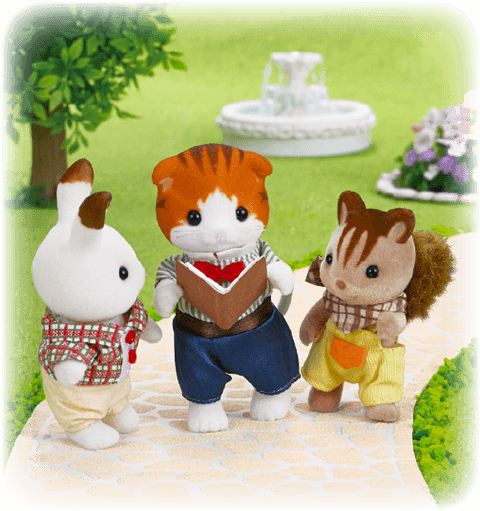 Theodore took the two children here and there, showing them all the wonderful things he spotted along the way.
Soon all of the children liked going for walks with him.
The children knew that they would always see something interesting when they went walking with Theodore.