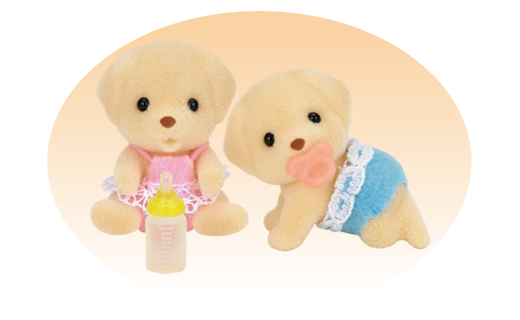 Marley and Shiloh, the Yellow Labrador twins, were full of energy. They would climb out of their cradles and run around their room. They couldn’t sit still for a minute. They were so curious that everything was fun for them and they wanted to go everywhere. Their mother would get worn out from chasing after them.

Their family often had to look for them.
“Where have the twins got to this time?” they said, searching under the table and behind the curtains.
Whenever their father tried to take a photo of them, they moved right away. All of the family's photos of the twins were of the sides of their faces or the backs of their heads.
The only time they stayed still long enough for a photo was when they were asleep. 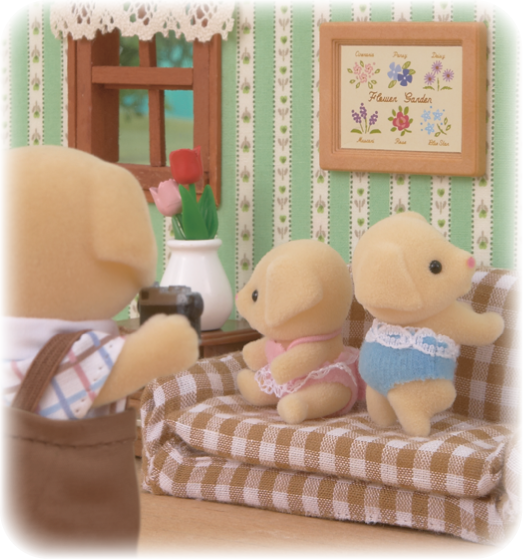 One day, when the twins woke up from their nap, they found their father’s camera on the sofa.
Fascinated, the twins reached out and touched the camera. But they got caught in the cord and pulled the camera along with them. Click! The twins bumped the shutter and it went off! Click! The shutter went off again. 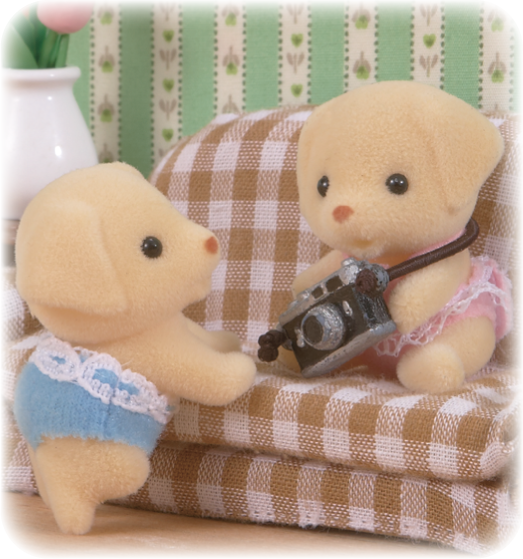 In one corner of the bathroom was a roll of toilet paper.
The twins rolled the toilet paper out into the hall, having a great time. Just as they were unrolling the toilet paper and playing with it, they heard a voice saying “What on Earth are you two doing?”
It was Lucy, the Yellow Labrador mother. She was very alarmed and ran to the twins to stop them. Click! The camera took a photo of her too. 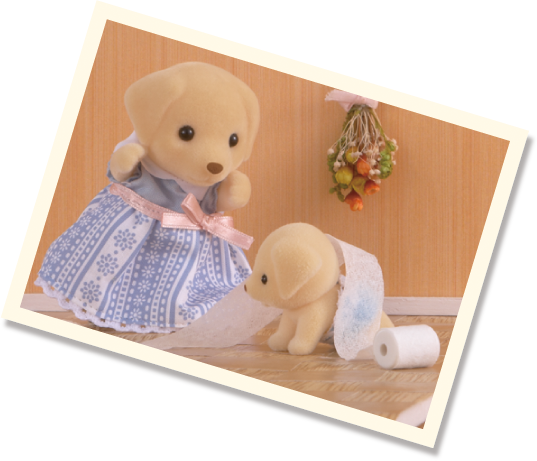 The twins went back to their cradles and their photography session was over.
When Barker the Yellow Labrador father printed the photos from his camera later, he couldn’t believe his eyes.
The camera was full of photos of things the twins had seen as they ran through the house. There were lots of wonderful photos of the family. 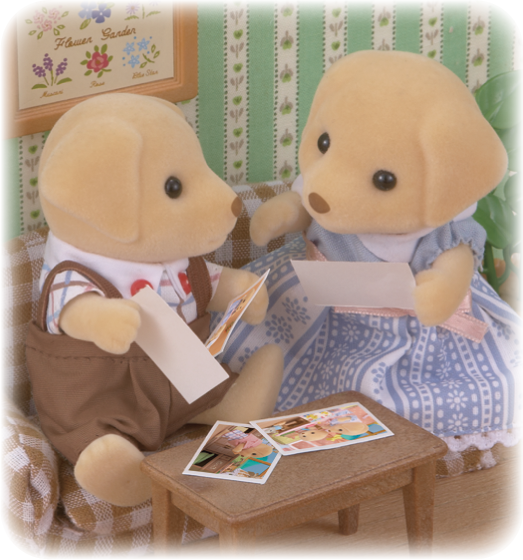 Everyone in the family was impressed by the photos. They laughed to see some of the things the twins had photographed.
“How different things look from down there”, said Lucy.
“Everything looks so big and interesting.”
“They saw me sneaking those snacks!” said Buddy.
“You do such funny things”, said the rest of the family to Marley and Shiloh.
“Never change!”