The Magic of Makeup

Whenever someone had a big event like a concert or a date, they came to Lulu and she gave them just the right makeup. She was very popular indeed.

She was very good friends with Stella the Chocolate Rabbit older sister. They loved to get dressed up and go out together. 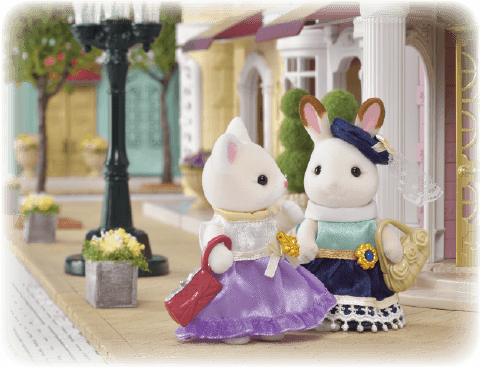 One day, Stella came to Lulu’s makeup shop. It was the day of her first date! Stella was very excited but very nervous too.
“I’ll put some nice makeup on you!” said Lulu. 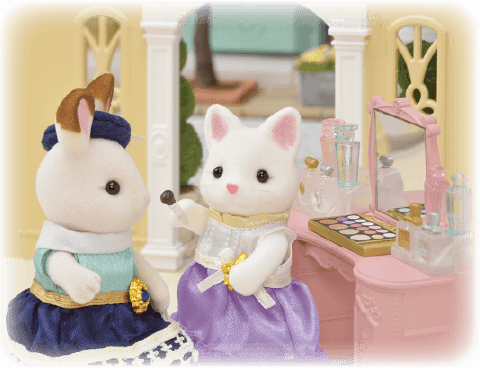 When Lulu had finished, Stella looked in the mirror. She looked beautiful! Stella was smiling from ear to ear as she left for her date.
Later on, she told her little sister Freya the Chocolate Rabbit girl all about it.
“Lulu’s makeup made me feel like I was on top of the world”, she said. 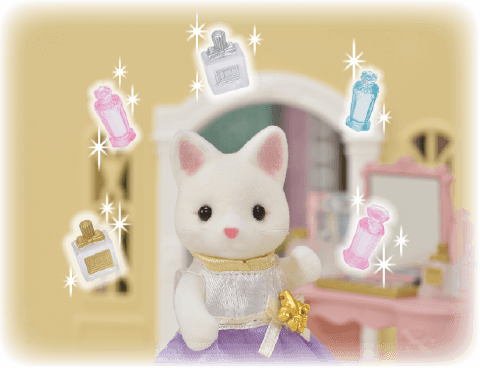 “Makeup is like magic”, Lulu liked to say. “It doesn’t just make you look pretty, it makes you feel confident, like you can do anything.”

Everyone agreed with her. One day, Lulu went to Stella’s dress shop. Tiffany the Silk Cat girl was there with Freya, trying on pretty dresses.

They were going to perform in their first concert that evening.
They were looking forward to it, but they were nervous too.
“What if I don’t play well?” said Tiffany. 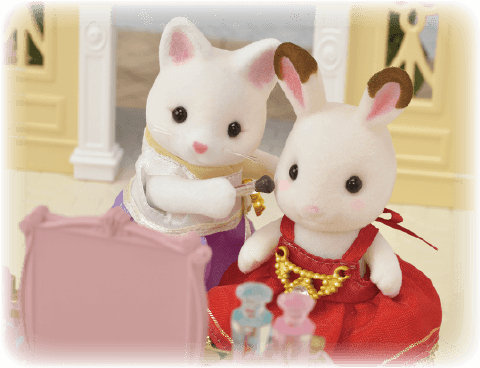 Lulu knew a way to make them feel better.
“Close your eyes”, she said kindly. “I know a magic spell.”

The two girls closed their eyes nervously.
After a while, Lulu said “You can open them now.”

The girls slowly opened their eyes. Freya looked in the mirror and got a big surprise.
Lulu had given them makeup to match their dresses!
“Ooooh!” said Freya. “Look, Tiffany! We look beautiful!”
“Wow!” said Tiffany. “It really is like magic!” 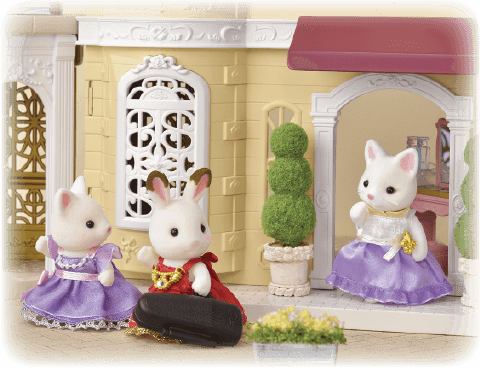 The girls were very happy indeed. They felt much more confident now!

As the girls walked away happily, Lulu watched after them, smiling from ear to ear. Her magic had done it again!