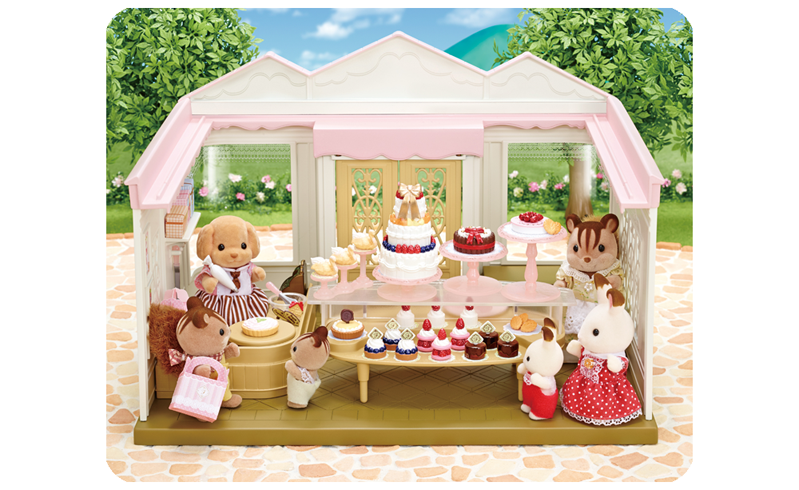 A grand new shop has been built in the Sylvanian Village. It looked beautiful with its white walls and pink pointed roof. Whenever the children walked passed it they peeped in the window to see what kind of shop it would be. Most thought a Jewellery shop. But, they were wrong. On this particular day whilst the children where walking passed a delicious smell came out from the inside of the store.
“I think its a cake shop!”
yelled Freya Chocolate Rabbit.
“Hooray!” cried Ralph Walnut Squirrel.
All the children in the village were so happy and excited about the new shop.

The baker of the cake shop was Veronica Toy Poodle Mother. The shelves were full of beautiful cakes that she had made. Veronica was very particular about both ingredients and design, the cakes looked like they were covered in jewels.
“I’m going to make a special cake to celebrate the opening of my shop”,
said Veronica to the children who had called in to have a look.
“Would you like to help?”
The children were very excited, they were going to make the most beautiful cake ever. 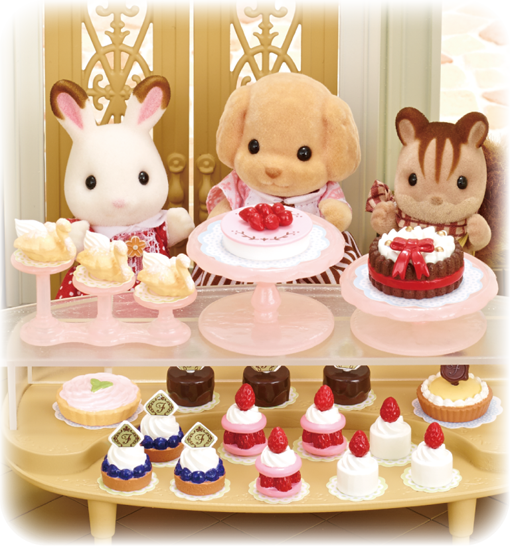 But the cake decorations were all very complicated and were a little to difficult for the children to help with so they were very disappointed.
“But don’t worry”
said Veronica to the children,
“I need your help coming up with an idea, you see I want to make a very special cake that makes people think of the Sylvanian Village so I would like you children to tell me the best places in the village.”
“Yeh” said the children,
“Follow us!”

The children showed Veronica the flower garden, the orchard, Acorn mountain and the Humming River and as they lead her from one place to another they told her all their stories about each place. Freya had brought flowers for Piers the Bear from the Flower Garden, and Ralph said Piers knows where to find the best fruit in the orchard.
“The river runs through the village and all the way out into the forest”
said Freya as they sat on the rivers edge. 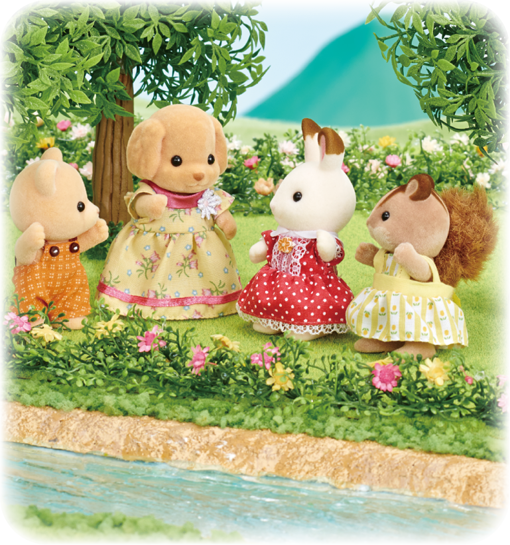 “Thank you very much, you have given me such great ideas”,
said Veronica when they got back to the shop. She hurried into the kitchen and began baking. The children waited excitedly outside the cake shop. They couldn’t wait to see Veronica's Special Cake.
“I wonder what kind of cake it will be?”
said Freya,
“I think it’ll be a strawberry cake”, said Piers.
“I hope its an orange cake”,
said Ralph. 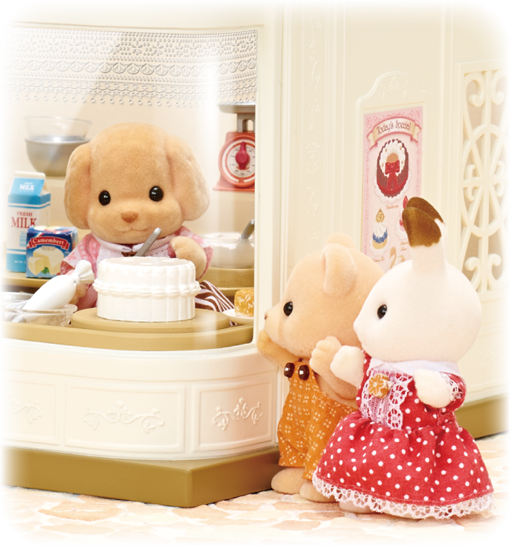 At last Veronica’s special celebration cake was finished. Veronica brought it out to the front of the shop for all the children to see. It was a splendid three layer cake decorated with strawberries, oranges, blueberries and fluffy whipped cream.
“You showed me all the things in the village that make you happy so I made the cake with everything you like”,
explained Veronica. 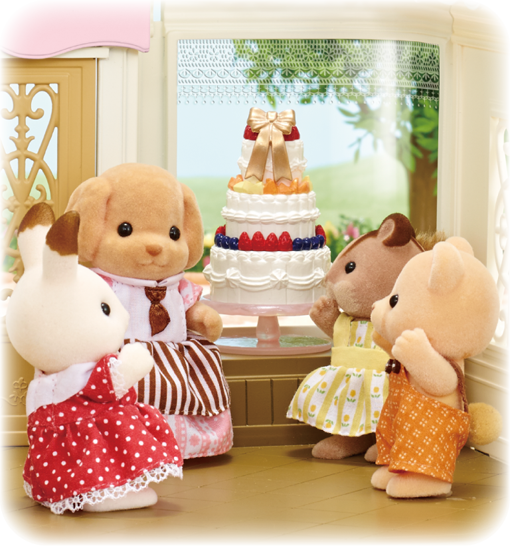 “I’m going to bake a cake like this every day and place it in the window”,
Veronica added.
The children were very excited to hear that
“We will come and try some everyday”,
they said.
As the children helped themselves to a slice of cake Veronica had a great idea for a new one. She went into the kitchen straight away and started baking. The children were just as excited and couldn’t wait to see what the new cake would be like.