One day, the Chocolate Rabbit family all went to town.

Freya the Chocolate Rabbit girl had been looking forward to this trip. She had put on her favourite hat specially.

“We’d better not miss the tram”, she said.
Soon the tram pulled up at the station. Freya and her family got on board and off they went.
“Ding-a-ling” went the tram as it travelled along the busy streets. 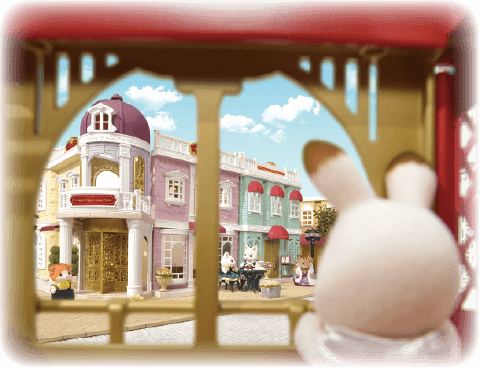 They passed a big amusement park, a hotel and lots more places.
The children felt very happy indeed as they looked out the window at the beautiful town. 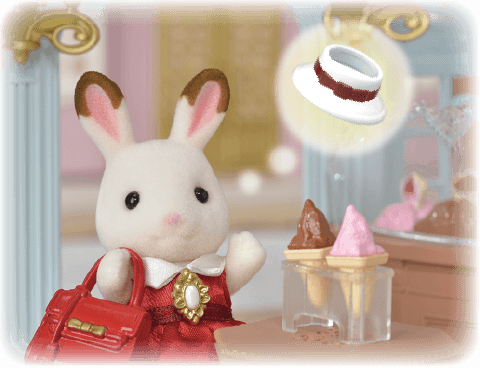 But later on when the family stopped at the gelato shop, Freya noticed that her hat was missing!

They retraced all of their steps, looking for Freya’s hat.
“My daughter has lost her hat”, Frasier said to passers-by. “Have you seen it?”

The family searched high and low, but Freya’s hat was nowhere to be found. 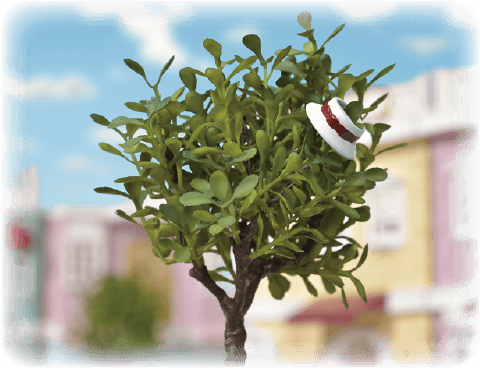 At the tram station, Frasier asked the driver, Theodore Maple, if he had seen Freya’s hat.
“Is it this one?” asked Mr. Maple, showing them a photo.
It was Freya’s hat! Her hat was caught on a tree branch.

“I’m glad I noticed it”, said Mr. Maple. “It looked just like the tree was wearing a hat, so I couldn’t help taking a picture.”

The family took the tram to the place where Mr. Maple had taken the photo. Freya’s hat was still there, sitting on the branch.

“I found it!” said Freya when the family got back to the tram station. “Thank you, Mr. Maple!”
“Glad to be of help”, replied Mr. Maple, smiling. “Now you’d better get on board. We’re about to leave!”

And with that, Freya and her family got on the tram and headed to their next exciting stop.