Freya the Chocolate Rabbit girl loved to hear Lionel Grand the Lion pianist playing the piano at the restaurant. She often went there with her mother to listen to his beautiful music. 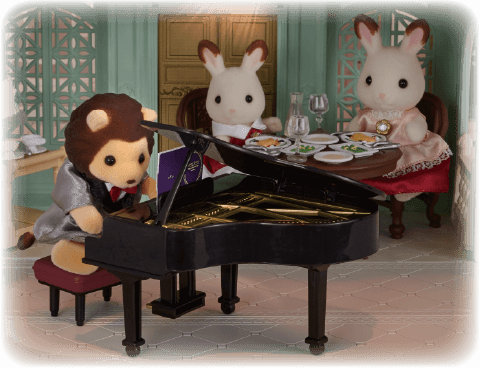 Mr. Grand was a famous pianist.
He knew that Freya and her friend Tiffany the Silk Cat girl loved his music so he gave them a violin and a cello as a present.
“Thank you, Mr. Grand!” they said excitedly. 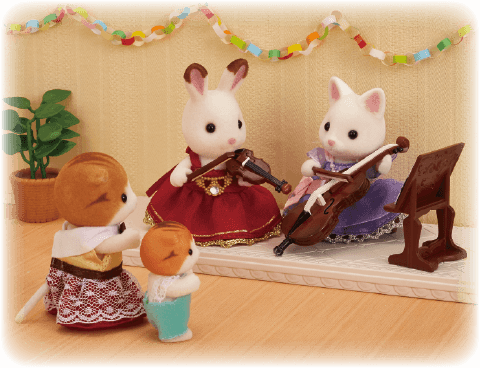 They started to practice their instruments right away.
It was difficult at first, but little by little they got better and better. They got so good that when Millie the Maple Cat girl invited them to her birthday party, they played music there as a present for her. 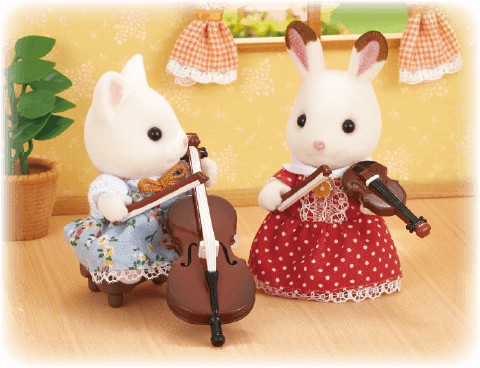 Mr. Grand was pleased when he found out.
“That’s wonderful”, he said. “Why don’t you perform with me at the restaurant one day?”

“Ooh”, said Freya. “I’m nervous about playing in front of so many people I don’t know.”
But she was also looking forward to it very much.
She and Tiffany practiced even harder than they had before. 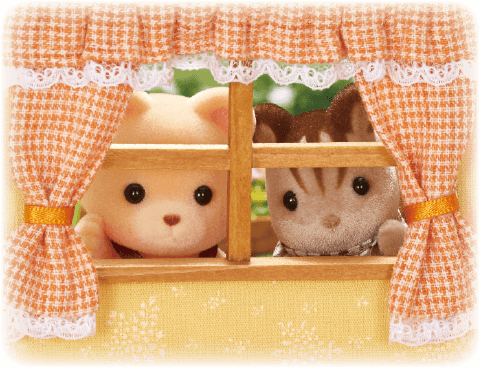 One day, while they were practicing, they noticed Ralph the Walnut Squirrel boy listening outside the window – just like how Freya used to listen to Mr. Grand’s piano music from outside the restaurant!

“Come on in!” called Freya.
Ralph came in…and so did their other friends!
Freya and Tiffany played for all of their friends.
Their happy audience encouraged them to practice harder and harder, and they got better and better. 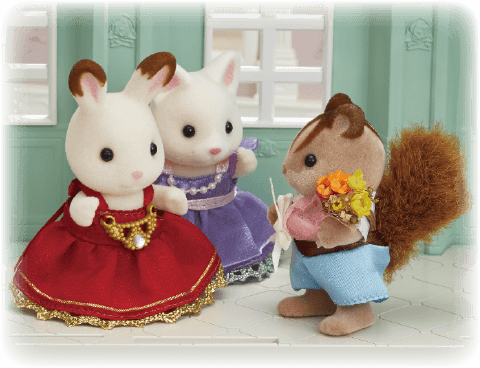 At last it was the girls’ big day.
They were a little nervous as they got ready.
Just then, along came Ralph.
“Break a leg!” he said. “I can’t wait to hear you play!”
And then he gave them a beautiful bunch of flowers!
The girls were very happy indeed. 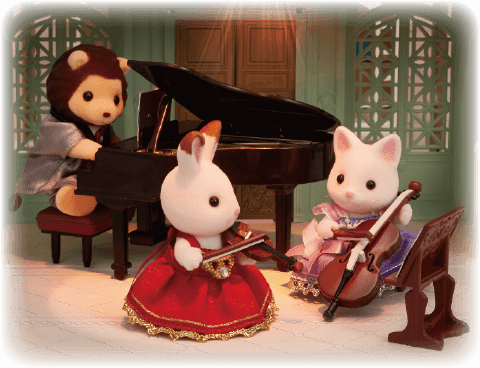 Freya and Tiffany stepped up on stage with Mr. Grand. The spotlight shone on them.

As Mr. Grand played his piano as usual, Freya played her violin and Tiffany played her cello. Their beautiful music could be heard all around.

When they were finished, everybody in the restaurant clapped and cheered. The girls’ performance had been a big success!