The Pianist at the Restaurant

One day, Freya the Chocolate Rabbit girl and Tiffany the Silk Cat girl were walking past the restaurant in town when they heard some beautiful music.

Each time they walked past the restaurant, they heard that lovely music.
“Who’s playing that music?” they wondered. 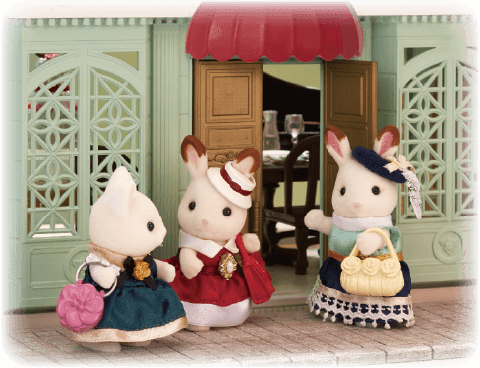 One day, Stella the Chocolate Rabbit older sister took Freya and Tiffany for a meal at the restaurant.
At last the mystery was solved! There, under a spotlight, was Lionel Grand the Lion pianist.

“Mr. Grand can play all kinds of instruments”, said Stella as she introduced them.

Right away, the girls became big fans of Mr. Grand. They spent their whole meal just listening to his music.
Since they liked his music so much, Mr. Grand took the girls and Stella to see where he practiced after they finished their meal. 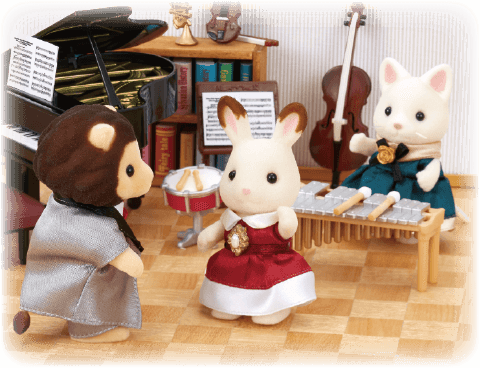 The girls couldn’t believe their eyes.
“Why don’t you try playing some?” suggested Mr. Grand. “If there’s one you particularly like, you can keep it.”
“Wow!” cried the girls. “Thank you, Mr. Grand!”
They were very happy about this unexpected present. 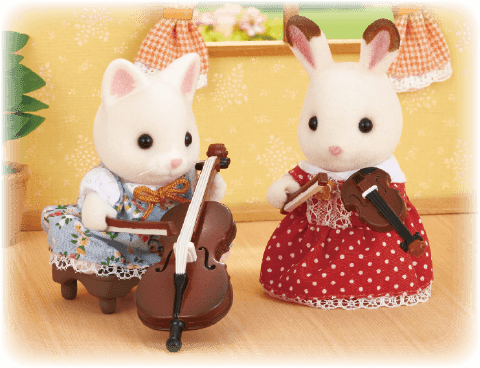 Freya chose a violin and Tiffany chose a cello. They started practicing right away.

But they soon found out that it was easier said than done!
“Squeeeeeeak!” went Freya’s violin.
“Screeeeech!” went Tiffany’s cello. 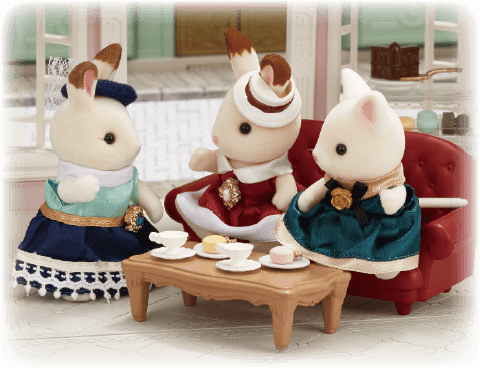 They couldn’t understand how Mr. Grand made his beautiful music.
“I guess we can’t play them”, said the girls.

They gave up on practicing and felt down in the dumps.

Stella noticed their gloomy faces.
“Nobody can play instruments well right away”, she said.
“You have to learn how and practice every day. That’s what Mr. Grand did.” 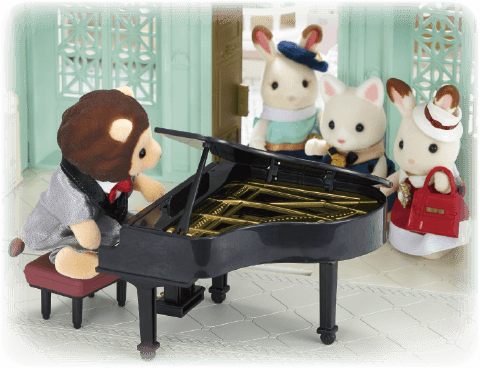 The next day, Freya and Tiffany asked Stella to take them to the restaurant before it opened. Mr. Grand was practicing the piano alone.
He smiled when he saw the girls.

“Do you like playing your instruments?” he asked. “Maybe one day we can play together in a concert.”