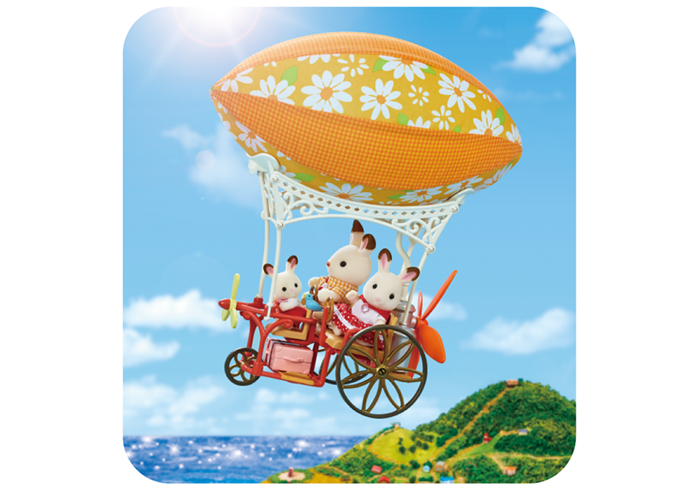 It was a nice day and everyone in the Sylvanian Village was visiting the Sea Breeze Cape together. While the children were playing, Freya the Chocolate Rabbit girl and Crème the Chocolate Rabbit baby found a blue baby bird in the rocks on Adventure Island. She had fallen out of her nest in the big, tall tree at the top of the cliff.
“We’ve got to help her”, said Freya.
She and her family took the baby bird home with them that day.

Freya nursed the little bird every day, and Crème checked the cage every day to see how she was doing. Little by little, the bird became well again. Freya and Crème were very happy indeed. As the little bird got bigger, she started to sing more and more. Crème sang along happily.
“You really love that bird, don’t you, Crème?” said Freya.
Freya loved the bird too, and was very relieved that she was now well. 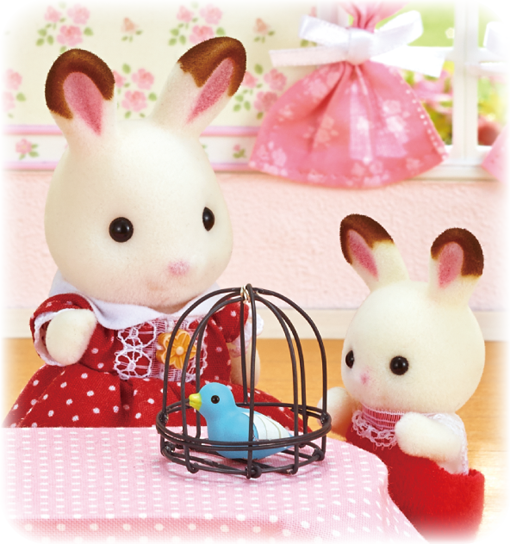 Soon it was time to let the bird go.
“Now that the bird is all better, we’d better take her back to her home”, said Freya.
“No!” cried Crème.
“I want her to stay!”
There was another problem too. The bird’s nest was high up in the tree on the cliff and nobody could reach it. Freya didn’t know what to do. She went to Cedric Walnut, the Walnut Squirrel father, for help. Cedric was the village inventor so Freya told him all about her problem and asked him if he had any good ideas. 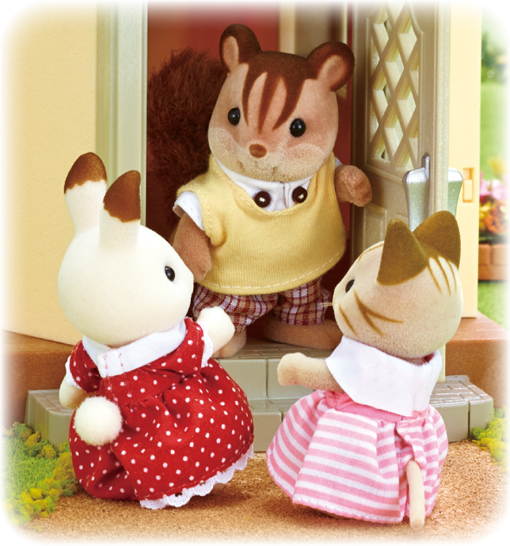 “A bird’s nest that’s too high to reach”,
mused Cedric.
As Cedric puzzled over the problem, he looked up at the sky…and had a brilliant idea.
“That’s it!” he said.
“I’ll make one of those!”
He got straight to work. Word about Cedric’s new invention spread through the village, but nobody knew what it was. Every day, the children peeked into Cedric’s workshop, bursting with excitement. 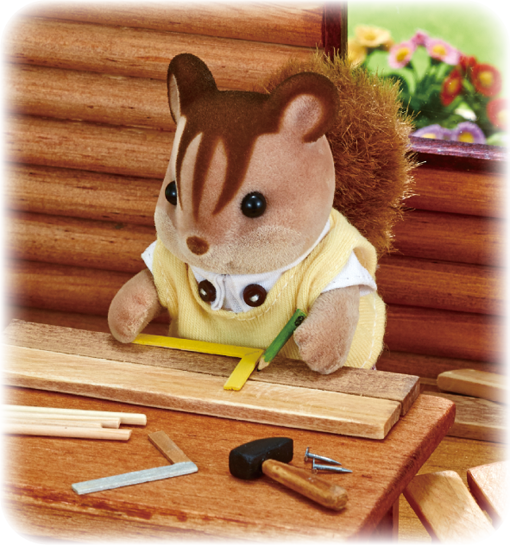 At last Cedric’s great invention was finished. It was a peculiar-looking vehicle with a great big top that looked like a balloon. Nobody had seen anything like it before.
“It’s a flying tricycle”, said Cedric.
“You can fly in it to put the bird back in her nest.”
“Wow!” said Freya.
“Thank you, Mr. Walnut!”
Freya, Crème and Frasier the Chocolate Rabbit father got in the flying tricycle and off they went! The other villagers watched anxiously as the flying tricycle began to rise up into the air. 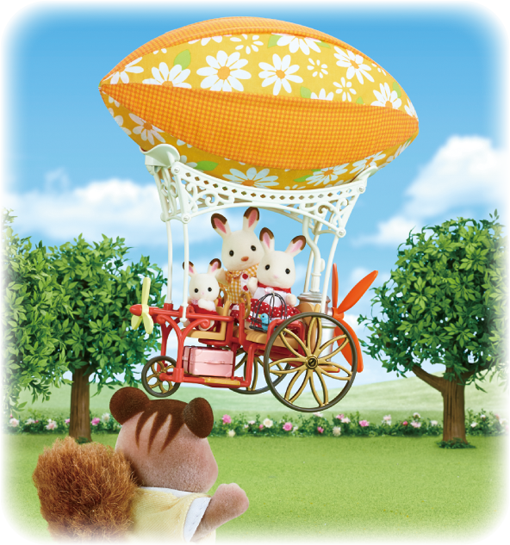 “Hooray!” cried Freya.
“It works!”
“Bye-bye!” called Crème.
The flying tricycle flew higher and higher until the houses and lighthouse below looked very small indeed. Freya and Crème felt very excited as they looked at the Sea Breeze Cape below them.
“Wheeeeee!” cried Crème.
“It’s like a dream!” said Freya.
“See how much fun this is?” said Freya to Crème.
“The bird loves to fly too. That's why she needs to go home to her nest.” 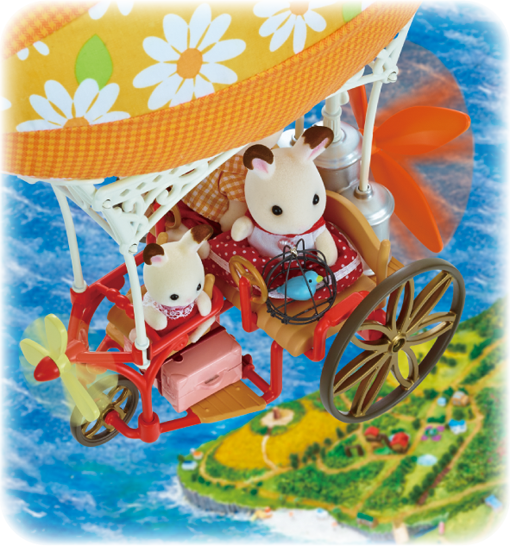