The Best Drive Ever 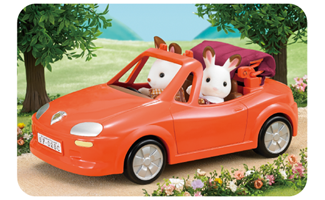 Freya the Chocolate Rabbit girl’s family had a brand new car. It was a beautiful orange two-seater convertible. It was very useful for shopping, and Freya was allowed to go along. Freya loved sitting next to her mother or father in the new convertible. One day, Freya’s grandfather invited her to the Sea Breeze Cape for a sunset cruise. 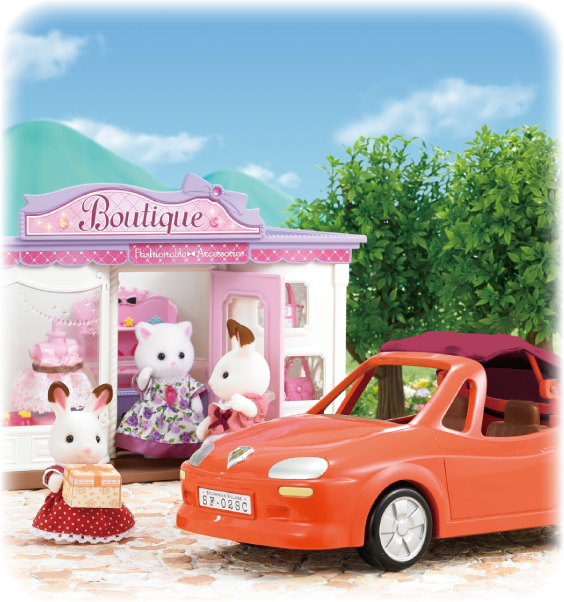 When the morning of the cruise came, it was raining.
“Oh no!” said Freya’s mother.
“Now Freya can’t go on her cruise.”
“It’s probably fine at the Sea Breeze Cape”, Freya’s father reassured her.
“We’ll just have to drive with the top closed.”
“Goodbye!” called Freya and her father cheerfully as they left in the convertible. 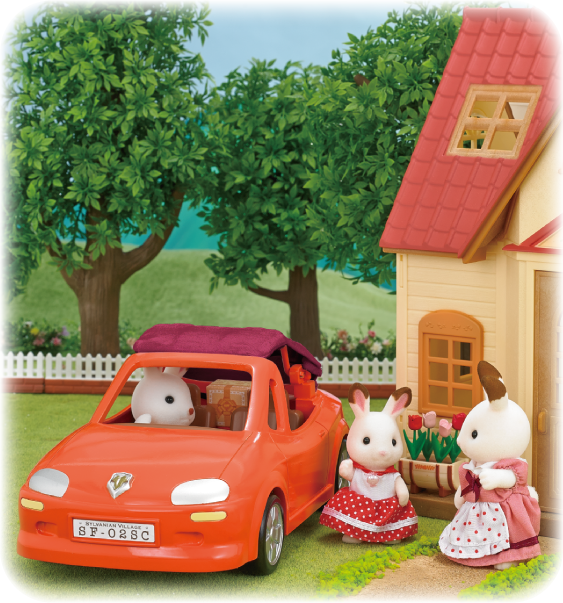 Sure enough, the rain eased as Freya and her father headed toward the Sea Breeze cape.
“Let’s take a side trip on the way”, said Freya’s father.
“We’ll see a beautiful sight”.
Freya and her father arrived at the top of a tall mountain with a wonderful view. The rain had stopped and the sun peered through the clouds - along with a great big rainbow!
“Wow!” cried Freya excitedly.
“It’s so beautiful!”
Freya and her father admired the rainbow.

After a while, Freya’s father said
“Well, now that it’s stopped raining, let’s carry on to the Sea Breeze Cape!”
He opened the top and drove the convertible faster.
“Wheeeee!”cried Freya in delight.
“This is so much fun!”
The scenery flew by and a nice breeze blew around the convertible. 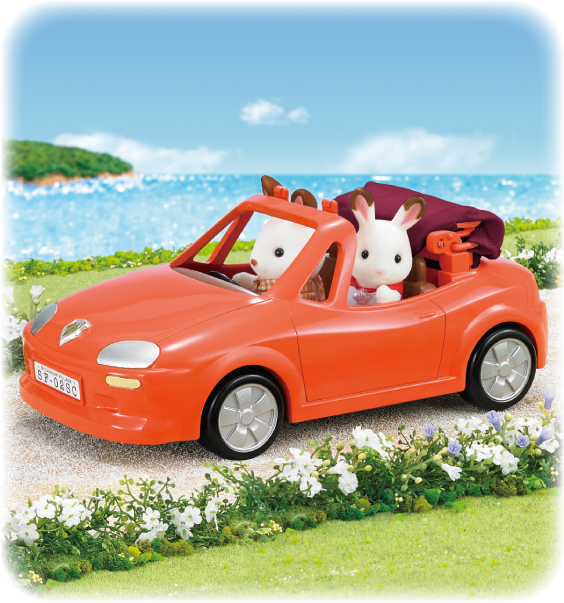 Just when the sky had begun to turn red and the sun was setting above the sea, Freya and her father arrived at the Sea Breeze Cape. Freya ran up to the pier where her grandparents were waiting and told them all about her wonderful trip in the convertible.
“It was so much fun!” she said.
“It went so fast, I couldn’t believe it!” 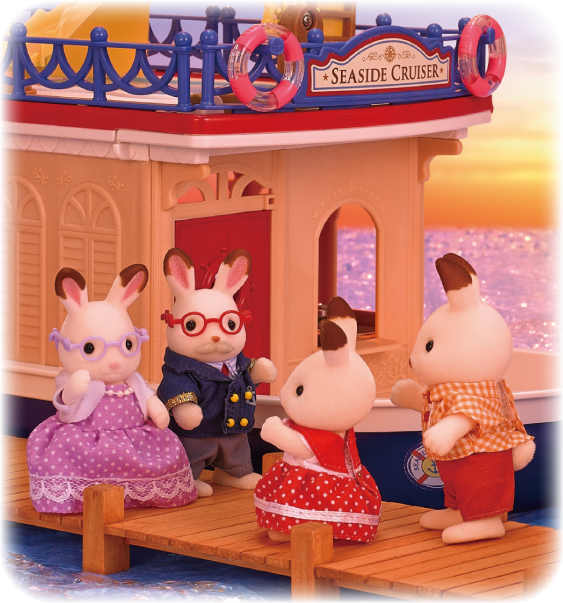 The family climbed on board the cruiser and quietly set off toward the evening sun.
“Going out to sea is a lot of fun, but I bet driving through the wind is wonderful too!” said Freya’s grandfather.
“You and I can go for a drive along the coast tomorrow”, suggested her grandmother.
“Yay!” said Freya.
“We’ll do lots of driving!”
Freya couldn’t wait for the next day, when she would go driving through the sea breeze with her grandmother.