A Big Adventure at the Secret Island Playhouse 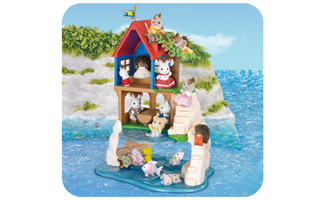 Near the Sea Breeze Cape was an island called Adventure Island. Adventure Island had a beautiful cove that could only be reached by the cruiser.
At the very back of the cove was the children’s Secret Island Playhouse. Many adventures began with the words
“Let’s meet at the Secret Island Playhouse!”
The children leaped into the clear water for a swim, and then lay down on the shore and let the sound of the waves lull them into a nap. It was their special place to play.

One day, as the Sylvanian f amilies headed to the cove, Rhys the Chocolate Rabbit Grandfather told the children something very exciting.
“They say that a rainbow fish lives in the sea at this cove”, he said.
“It’s the most beautiful fish that anybody has ever seen.”
The children were very excited.
“Wow!” cried Freya the Chocolate Rabbit girl .
“I want to see it!”
“Let’s all look for it!” said Shane the Striped Cat boy . 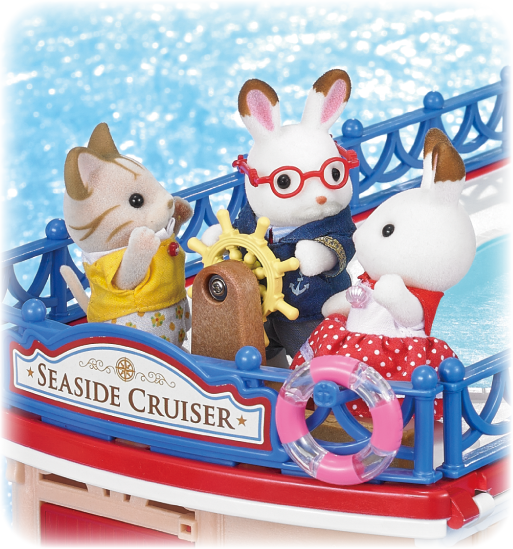 Shane was the most excited of all. He loved adventures. He called a meeting in the Secret Island Playhouse so that the children could plan their adventure.
“The Great Search for the Rainbow Fish has begun!” he declared.
Soon the children had an idea.
“Let’s climb up high so we can see the cove better!” they decided.
They climbed up to the lookout on the roof and looked down into the sea. 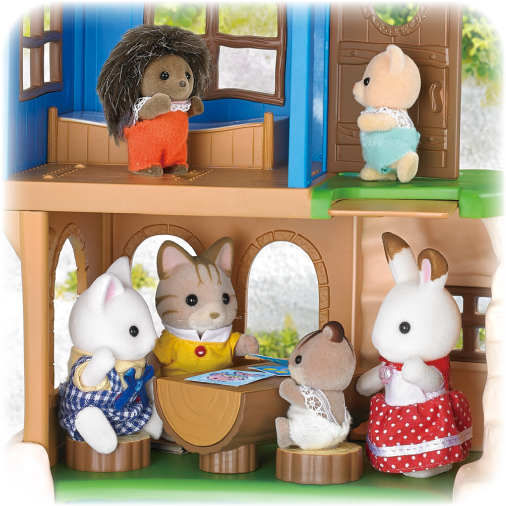 “Can you see it?” asked Shane.
“No, I can’t see it anywhere”, said the others.
They tried looking through binoculars but they still couldn’t see the fish.
Freya the Chocolate Rabbit girl had a new idea.
“Why don’t we go diving in the sea and try to find the fish that way?” she suggested.
The other children thought it was a very good idea.
“Change of plans!” declared Shane . 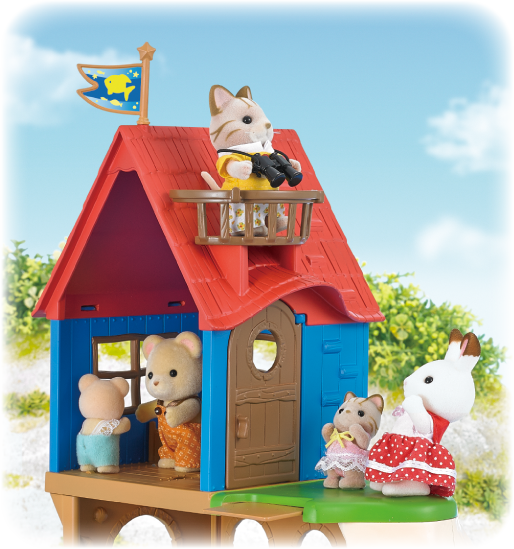 The children put on their goggles and flippers and dove into the sea, one after another. The children swam around and around in the clear water, but the rainbow fish was nowhere to be found. After a while, the children began to get tired, and thought about giving up.
“I can’t see the fish anywhere”, said Ralph .
“Maybe Grandad was wrong about the fish”, said Freya .
Just then, Piers the Bear Boy cried out in excitement. 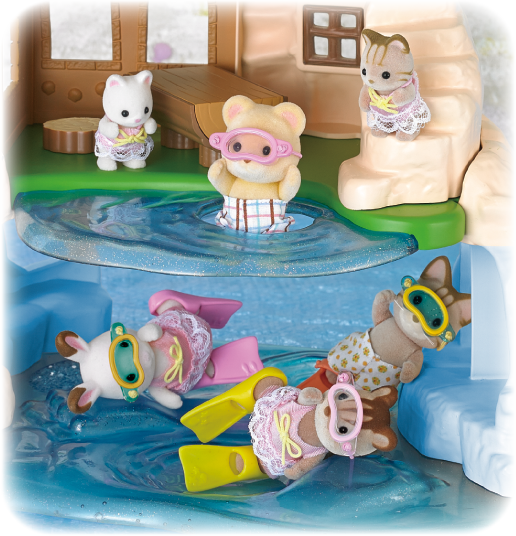 “Oh!” he cried.
“Look!”
The surface of the water in the cove had suddenly begun to sparkle in all the colours of the rainbow. A great big rainbow-coloured fish leaped out of the sea, sending up a spray of water as it went.
“It’s the rainbow fish!”
cried the children. They jumped back into the water to get a closer look. But the fish swam back down to the bottom of the deep blue sea and didn’t come back. The children were very disappointed. 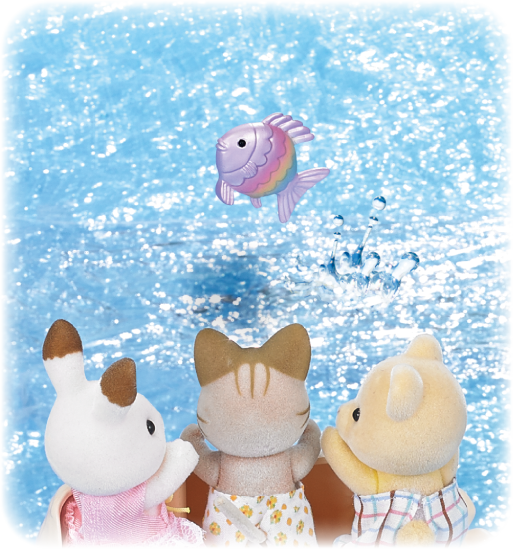 “It’s gone!” they cried.
But then they looked at the rocks in the sea and saw a big hole.
“There was a hole!” said Freya .
“I wonder where it leads”, said Ralph .
As the children peered into the hole, they got excited again.
“Let’s go and explore it!” cried Shane .
And so the children’s next adventure began.