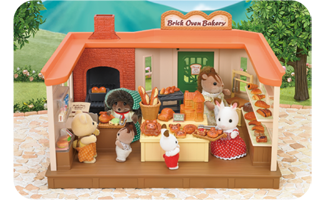 All the children in the Sylvanian Village loved the Brick Oven Bakery. They stopped by there every day. The bakery had a big brick oven, and everybody knew when its freshly baked treats were ready because of the delicious smell. As soon as the children smelled that, they cried
“Let’s go to the bakery!”,
running there as fast as their legs would carry them.

Eleanor Bramble ,the Hedgehog mother,was the baker. She always greeted the children cheerfully.
“Hello!” she would say.
“I’ve been waiting for you.”
She would set out croissants, a pain au chocolat and lots of other delicious treats.
“Ooooh!” one of the children would say.
“They look yummy!”
“I don’t know which one to choose”, another would add.
“I want to eat them all!”
There were so many wonderful things to choose from, it was hard for the children to decide. Everything looked so delicious
- and so beautiful. 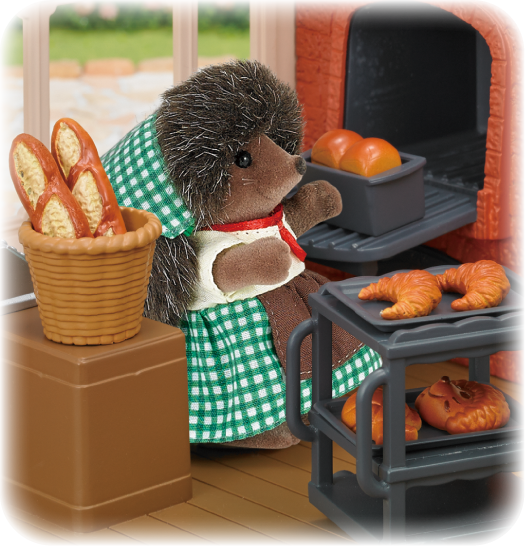 One day, Freya the Chocolate Rabbit girl and Saffron the Walnut Squirrel girl stopped at the bakery on their way home from school. Freya chose a strawberry Danish and Saffron chose a walnut bun.
“It looks so pretty I can hardly eat it”, said Freya happily.
“I want to just put it in my room and look at it.” 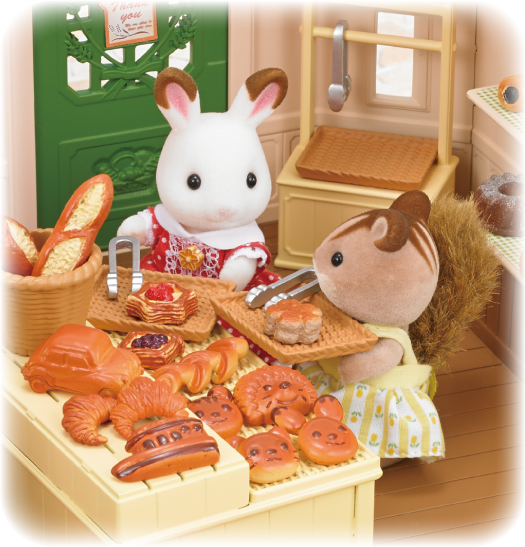 That gave Saffron an idea.
The next morning, Saffron visited the bakery on her own and asked Eleanor for a favour.
“My mother loves your food”, she explained.
“Could you bake something special for her birthday?”
Eleanor thought that was a wonderful idea.
“Of course I can!” she replied.
“What would your mother like?” 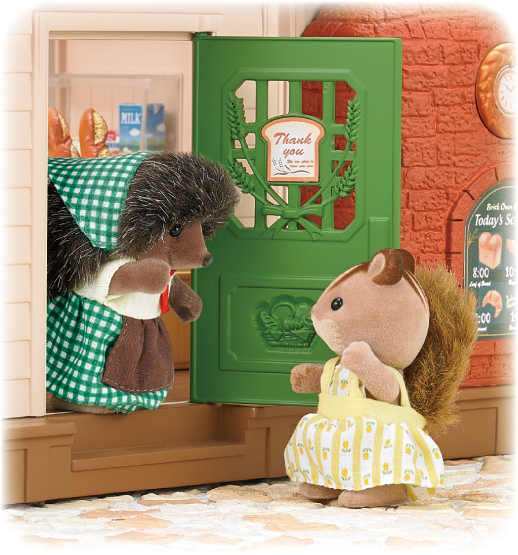 Saffron and Eleanor thought and thought and talked and talked but they couldn’t think of a good idea.
Just then, Freya came into the bakery.
When Freya heard about Saffron and Martha’s plan, she said
“I know! Your mother always invites everybody around to your house, so why don’t you make a piece of bread shaped like a house?”

What a good idea! Saffron and Eleanor were very happy.
“I’ll bake your mother a wonderful bread”, said Eleanor.
“Just wait and see!”
Saffron and Freya were very excited as they walked home that day.
On the day of Yardley the Walnut Squirrel mother’s birthday party, Saffron and Freya went to the bakery to pick up the bread Eleanor had made. It was enormous!

“Your house has room for everybody so I wanted the bread to be nice and big too”, explained Eleanor, smiling.
“But I think I got a bit carried away!”
“Thank you, Mrs. Bramble!” said Saffron excitedly. 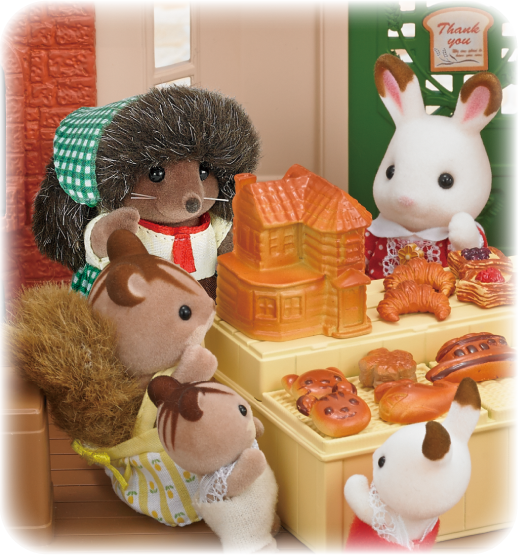 Yardley was delighted with her present, and everybody at the party agreed that it was a wonderful bread . From that day onward, Eleanor was very busy with orders for more special bread.
“I’d like a car bread!” said Shane the Striped Cat boy .
Eleanor’s delicious treats had become even more popular than before.