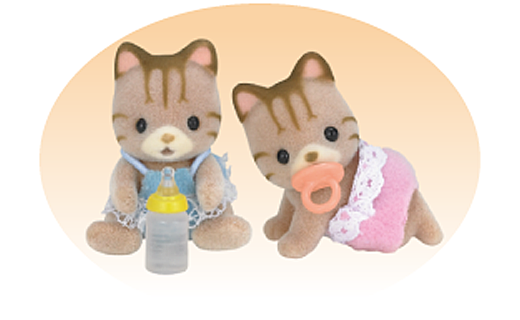 Freya the Chocolate Rabbit girl went to the Striped Cat family’s house. Scott and Skyler the Striped Cat twins had a wonderful time playing games with Freya. The twins loved two fluffy things Freya had brought with her, and wanted them very much. 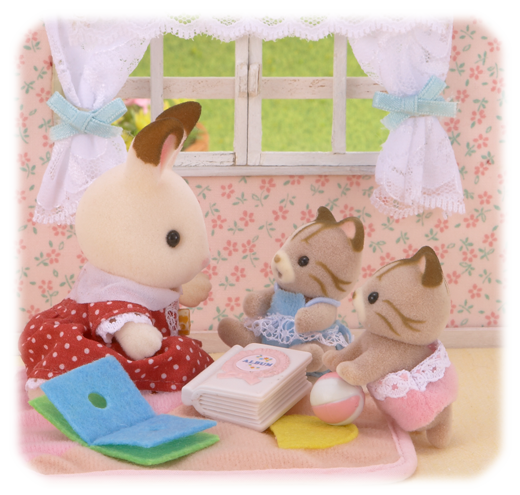 They were long, very cute, and swung back and forth when Freya shook her head. After Freya left, the twins searched the house from top to bottom, but nobody in the Striped Cat family had toys like Freya’s. You see, the “toys” the twins had loved were Freya's long ears! 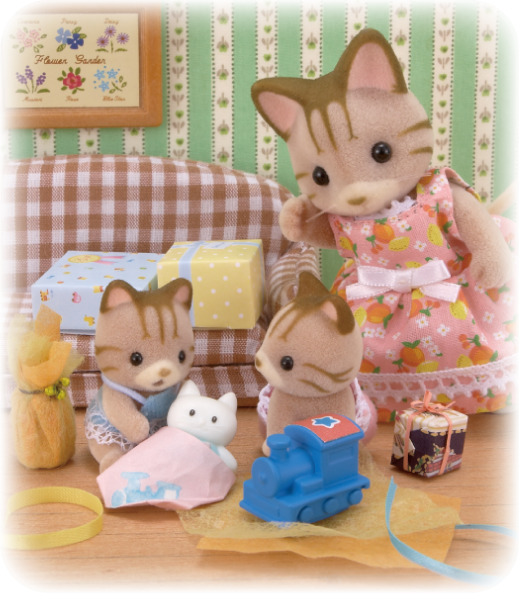 Soon it was the twins’ birthday. The twins got all kinds of presents from everybody in Sylvanian Village, but nobody gave them any rabbit ears.
Their mother was puzzled. “I can tell that the twins want something, but I don’t know what it is”, she said. 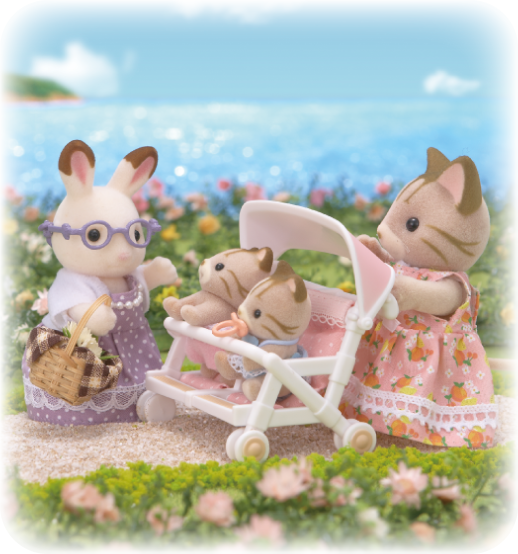 Then one day, the Striped Cat family went to the Sea Breeze Cape, where they met Patricia the Chocolate Rabbit grandmother.
“Hello, Skyler. Hello, Scott”, said Patricia, bending down to look into the twins’ pushchair.
The twins were thrilled. “Oooh!” they said. 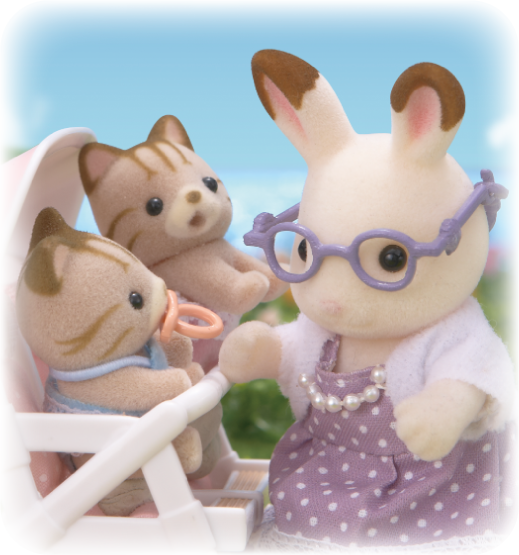 The twins clung to Patricia happily and tried to touch her ears. As Amelia the Striped Cat mother watched them, she finally understood what the twins had been looking for.
“It was rabbit ears!” she said.
That night, Amelia stayed up late knitting something special.

At last Amelia was finished. She had made two straw hats, one for each of the twins. She put them by the twins’ pillows so that they would see them as soon as they woke up. The twins were very surprised to see their new hats the next morning. The hats had lovely long ears, just like rabbit ears. The twins put on their hats and watched the long ears bob back and forth on their heads. 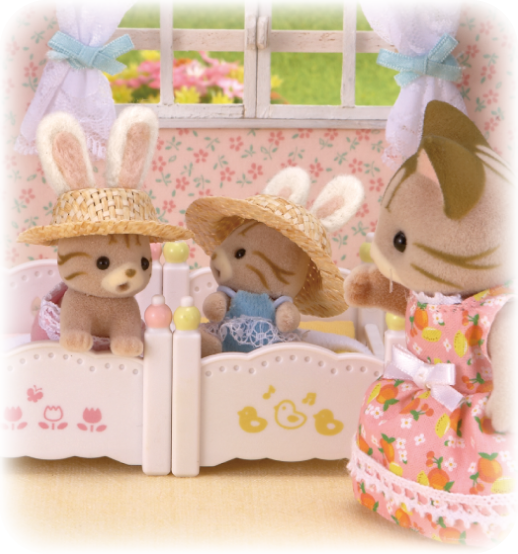 “Oooooh!” said the twins.
They touched each other's ears, thrilled with their new hats. From that day on, the twins wore their hats all day, every day, everywhere they went. Before long, they were known throughout Sylvanian Village as the
“Striped Cat rabbits”.