Days out in Sylvania are great fun, with lots of places to visit and see. There is Echo Forest, a densely wooded area named after a very old majestic tree that echoes when you tap it.

Every child in Sylvania has spent an afternoon searching the forest for the old Echo Tree. Fairy Pond is another favourite area for children. It is legend that fairies live around the pond and if you are quiet and sit very still, you will see them come out to play. These adventures are all part of growing up in Sylvania as is visiting Flower Meadow on your first birthday.

As the meadow’s name suggests, it is covered in wild flowers which change every month. So on the month of your birthday, the meadow could be covered in Snow Drops, making the Snow Drop your lucky flower or it could be sunny little Daisies or brightly coloured field Orchids.

The Chocolate Rabbit Girl, Freya’s flower is the jolly, golden Buttercup, which she has carefully dried and pressed on the front of her schoolbooks as a lucky charm. Today’s adventure for the Chocolate Rabbit Family is not a trip to Flower Meadow but a mystery trip! Frasier, Freya’s father, is just going to drive and see where they end up!

“It will be fun!” he tells the family, smiling at his wife Teri.
Coco, Freya’s brother, thinks it could be fun too.
“We could get lost and have to sleep in the car,” he teases his sister.
Frasier and Teri were the real teasers, because they knew exactly where they were going.

“Don’t worry! We won’t get lost Freya darling. We’re just going on an adventure.”
Kabe and Breeze, Freya’s baby brother and sister, asked in unison if they were there yet! This caused great amusement and laughter in the back of the car. Turning up a rough, bumpy, dirt track, Frasier turned to his passengers and said
“This looks adventurous!”

“What’s that old building over there?” squealed Coco.
Pulling up and parking the car just to the side of the old building, Frasier said
“All out, let’s go and explore!”
Freya carefully pushed the door open, calling out
“Is there anyone here? Is anyone at home?”
“Wow!” said Coco.
“This place is old! Just look at the ancient old tools hanging on the walls.”

“The plates on the table are metal with chipped enamel and the knives and forks are almost worn away through use.” Said Freya.
“But everything is very tidy and carefully laid out. It is almost like a museum!”
“Look at this Freya! It’s a ladder to the loft,” said an excited Coco.
“There could be treasure or secret maps up there!”

Before Freya could voice her concerns about climbing into the loft of the building, Coco was calling down
“Come on up Freya, it’s full of stuff up here.”
As Freya clambered off the ladder, pushing aside some of the loft’s clutter, she heard her brother say
“Look here, there are some names carved into the roof beams.”

Quick as a flash, Coco scrambled past his sister and bundled down the ladder.
“Where are you going?” cried Freya.
“On my way back!” said an excited Coco, climbing back up the ladder with one of the old kitchen knives in his hand.
“Let’s carve our names into one of the beams,” said Coco.
It actually turned out to be more scratching than carving their names on to one of the roof beams!

“We are now part of history,” stated Coco with a smile as he admired his workmanship.
‘Freya and Coco Chocolate were here.’
After a further look around the loft and its rather uninteresting contents, the two youngsters clambered down the ladder, replaced the knife and ventured outside to look for their parents. 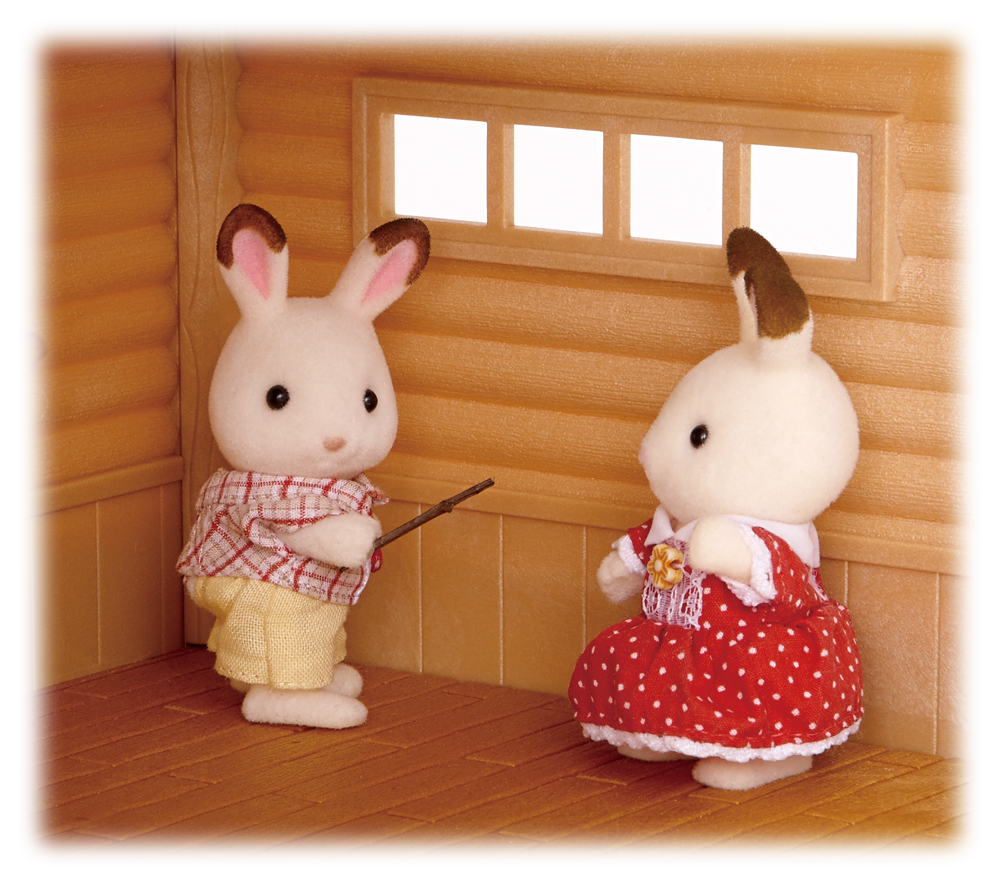 The next day at school, Freya told her friend Adromeda Petite all about their adventure in the old building.
“That is a very famous Log Cabin. It was the first house built in Sylvania.” said Adromeda.
“It is part of our Sylvanian heritage, preserved for future generations to see and wonder at.”

Freya’s face was a picture of horror as was young Coco’s when he heard the news. Freya was close to tears! “What have we done?” 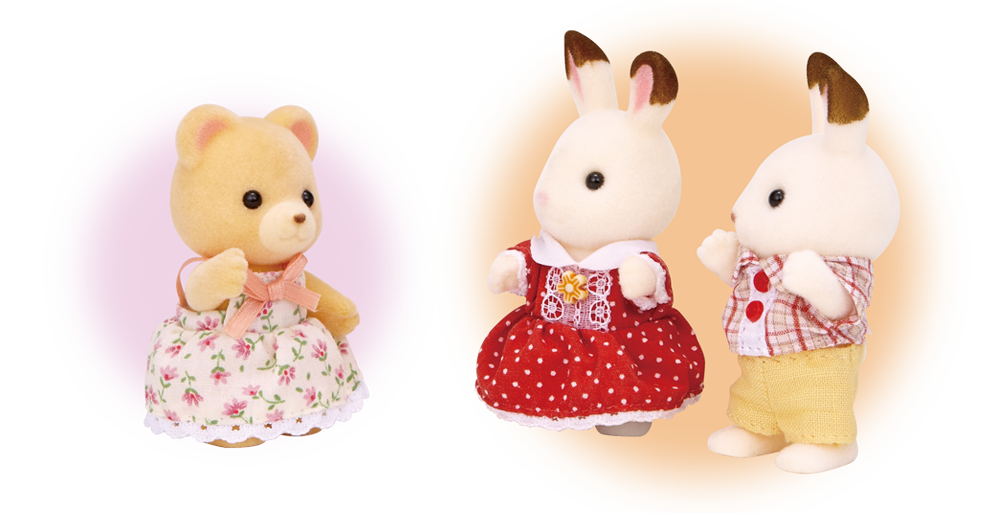 That night, a serious looking Frasier took his two worried children to see the new mayor of Sylvania, Patrick Petite to apologise. 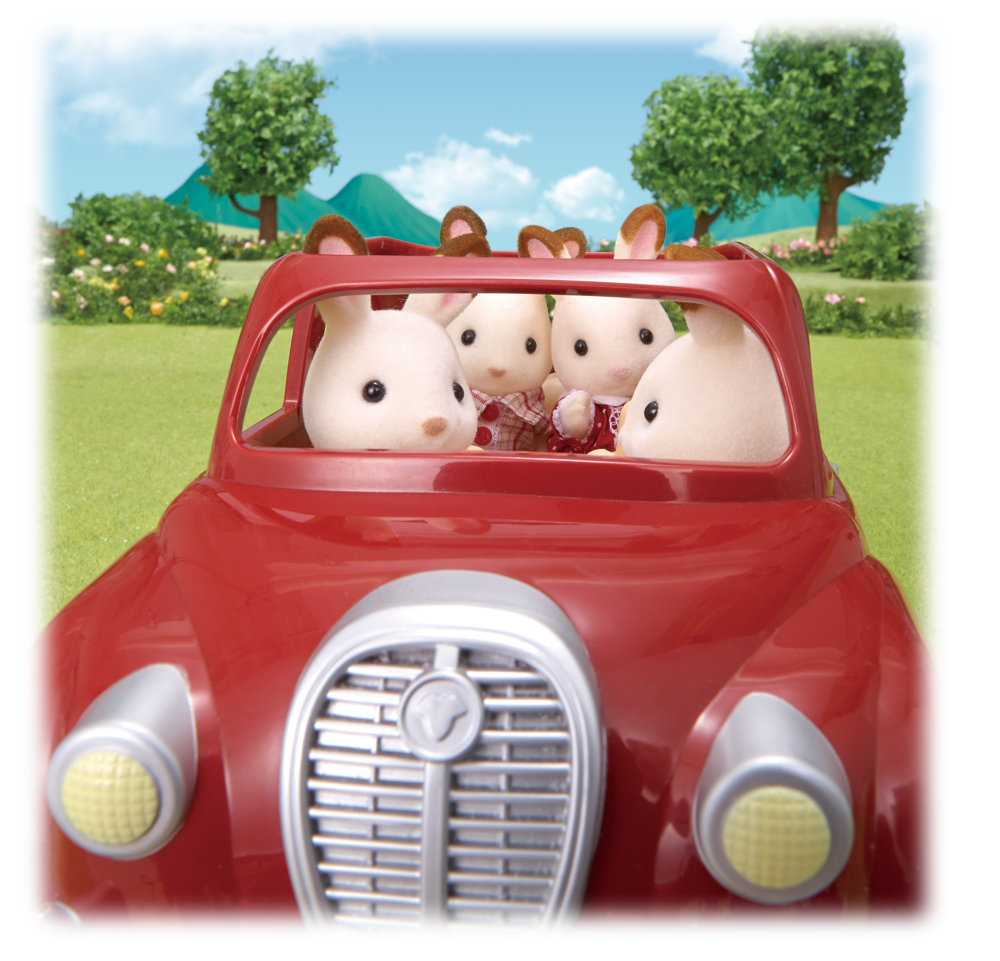 “So you carved your names on to one of the beams, did you?” Scolded the Mayor.
“Just like most of the children who visit the cabin for the first time!” Continued Patrick with a giggle.
“If my carving had been any better than my penmanship, you would have found my name up there.” 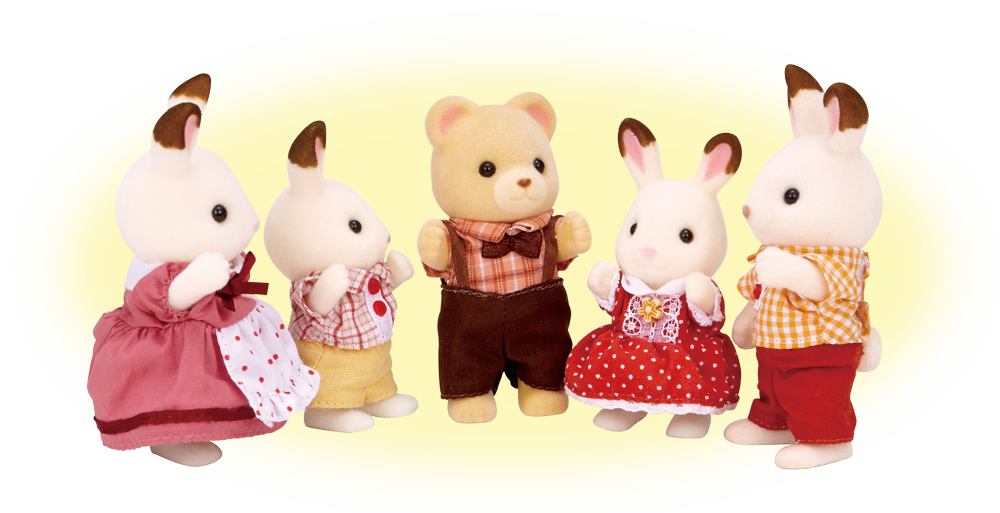 With an enormous smile on his face, Patrick explained that it was now a sort of tradition for children to carve their names in the beams on their first visit. It was almost expected of them!
“So everyone was just teasing us.” Laughed Freya.
“Just part of the long tradition!” smiled Frasier
“Now! Lets get home for tea.”